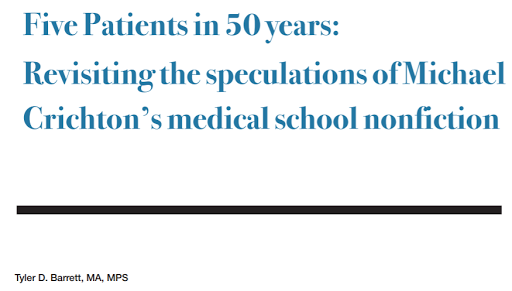 Biographies of Michael Crichton have been published in various of the books about his works (see in this very section of The Complete Michael Crichton). Here's a little eBook with another one. Available from most eBook sellers.

Scientist, filmmaker and author Randy Olson uses Michel Crichton's writings as an example of the strategies he recommends in his latest book "Houston, we have a narrative - Why Science needs story"

Read it in his blog:  http://www.scienceneedsstory.com/2016/03/18/29-michael-crichton-had-deep-narrative-intuition-duh/
Publicado por eriks en 1:56 No hay comentarios:

Article by Erik Stengler (me), reclaiming that Michael Crichton is considered more than "just" the (co-)creator of the Technothriller Genre. 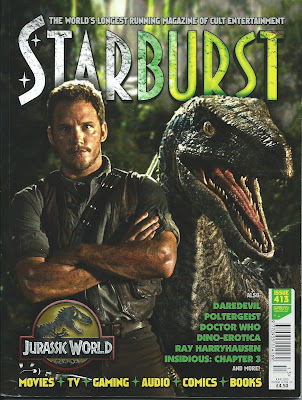 With the release of Jurassic World (2015) dinosaurs and Isla Nublar came back into the spotlight. However, Starburst magazine went further and remembered that it all began in Michael Crichton's mind.

The June 2015 issue included various articles about dinosaurs on screen, including a review of the original trilogy and the new film, and a full article about Michael Crichton and his work. But it also included an article about Westworld and its upcoming reboot for TV.


In summary, a necessary addition to anyone's collection on Michael Crichton !


The Science of Jurassic Park and The Lost World or, How to Build a Dinosaur